Trauma is terrifying and tiring.

And, I was gripped and tethered to both, which made me very grateful for this second scripture.

Enduring the loss of a loved one was proving to be difficult. Compile that with disturbing death circumstances and many family members suffering at the same time and life quickly became extremely difficult to live.

For months, I was physically spent from sobbing during the day and not sleeping soundly at night. My body ached with exhaustion and my eyes were heavy with unrest. Many days, m 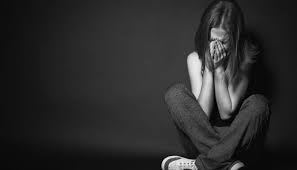 Many times, shortly after arriving home from work, David marched me to our room and said, “The only thing you are going to do is go to bed!” Turning back the covers, he tucked me in like a needy child and insisted, “The day is done.” As dusk soaked through the drapes, he kissed the top of my head and gave me a tender hug. I hate that it happened, but at my lowest, I even needed medication to help me relax. I bet as David crept out the room he prayed that a few hours of rest would bring relief. In so many ways, the process of grieving is a treacherous season to survive.

While my body fought a battle, my emotional well being was under siege.  The good, the bad, the ugly and the beautiful all clamored for control inside of my mind. Which ever emotion won was where I “went.” Anger fought with acceptance, sadness did a battle dance with serenity and loss tried to strangle living. Clinging to the light when negativity wants to have its way demands concentration.  The work of “getting it right” was wearing me out!

The whole ordeal was outrageous and I wasn’t familiar with making constant life or death decisions. However, I participated in each detail of the drama. Enduring everything from the death of my precious 12 year old daughter, Samantha, to walking alongside my family as they suffered through ramifications extending from the boating accident. The legal proceedings that extended over a year added to the angst. Weighing on top of all that was the jarring thought someone could end up in jail.

My life was harrowing, heavy, and hard! I felt broken, burdened and beat!

“He gives strength to the weary and increases the power of the weak. Even youths grow tired and weary, and young men stumble and fall; but those who hope in the Lord will renew their strength. they will soar on wings like eagles; they will run and not grow weary, they will walk and not be faint.”

Yes, I was familiar with the scripture; I knew it was quoted quite often. However, when I came upon it during my personal state of distress, I found myself “receiving”  with a selfish mindset. Understanding the words unraveled a  message of release. Seriously, the latter part of the scripture, grabbed my attention and provoked a profound image of ease:

“…… they will renew their strength, they will soar on wings like eagles, they will run and not grow weary, they will walk and not be faint.”  ( I wanted to feel this way!!!!) 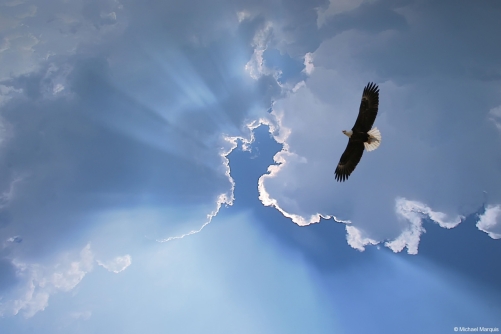 “Wow!” I thought as I gave the scripture authority over “where I was”, emotionally and physically.”

“Could that really happen?” Could I really fly like a majestic creature, hovering above this treacherous terrain and feel unencumbered through all this?” I questioned. I took the time to close my eyes and imagined myself in such a state, drifting away from fear,  leaving anger behind and flying away from everything that felt bad. The imagery was liberating!

Just seconds before, I was trapped in despair and desperate for a way out. I knew it would be foolish to pass up an opportunity to find a way out.

The phrase that followed  “… run and not grow weary”  was attractive , as well.  In truth, I knew my ordeal wasn’t over. To think I could embrace my future and finish out my life with enthusiasm despite the fear and anxiety that follows trauma was something I desired for myself.

Then the part about “…they will walk and not be faint.” let me know life and the little things could even be less stressful. My journey with loss as a close companion would last a lifetime. I would face the absence of Sam on a daily basis, sometime more often than that. I understood this and knew I needed help, so my sidekick of sadness wouldn’t wreck havoc on this rest of my life.

“But how?” I wondered. ” How can I soar above my circumstances?” I prodded the holy promise. Reading backwards was required to search out the answer. Four short words strung together showed me how.

A powerful prescription for stamina, a refreshing source of strength and  a renewed spirit was packed into a single phrase. Elaboration wasn’t required.  “… hope in the Lord.” was the clearly stated cure.

Like the colliding forces of a wellspring, I realized it would be my belief in the Lord, Jesus Christ, that would unleash me and allow me to live in peace again.

My belief in the Lord, Jesus Christ, unleashes me and allows me to live in peace again.  — Tweet This!

As I accepted the truth, the illustration of  freedom manifested in my mind. The feeling of heaviness gave way to the flight. The feeling of weariness turned into winning the race and the thought of a trudging through life was replaced with tiptoeing through the tender parts.

Yes, I allowed my eyes to drift to the left and reread the scripture from start to finish. It was then, after absorbing the introduction, “… “He gives strength to the weary and increases the power of the weak. Even youths grow tired and weary, and young men stumble and fall;”  I acknowledged my feeble position, realizing that God knew I would get this way, weak, tired, and wobbly as I found my way.

And, there He was ready and waiting with words that gave me a sense of renewal. He showed me it was possible to live apart from the grinding emotions that follow grief and trauma. He described just how wonderful the future could feel.

The rest was up to me. I think He would have captioned my picture with, “Elizabeth, simply
follow me and you will be free.”

To this day,  when I find myself attached to the muck of life or when a trigger of trauma begs me to look backwards, I indulge my senses and savor Isaiah 40:29-31.

I don’t read it, instead I receive it and when I do, the message touches my soul and a breeze blows through my spirit. The lock on the cage of adversity is unlatched.  The imagery lifts me up and moves me away from the pain into a place where I fly separate from my circumstances and feel safe and empowered.

It is then,with  Jesus as my peace partner that I can glide over grief, push beyond anxiety, swoop by sadness, fly over fear and tip my wing to trauma.

5 thoughts on “Soaring Above My Circumstances …”