Immediately, I knew I needed to pay attention!
Whether it was one of those times I was flipping through the Bible searching for something soothing to read, or maybe it was while I was completing a study assignment, I honestly can’t recall.

Five years later, I have discovered the environment doesn’t matter because the message remains with me.

On any given day, I can reread this third scripture, Isaiah 43:1-2 and sense the same reassurance I did during the most crushing of circumstances. Like then, the passage paints a picture of God speaking over his people, over all of Israel, over an entire nation. Yet, He gets personal to the point of calling Jacob by his first name.

“-he who created you, Jacob, he who formed you, Israel:”

With anticipation and selfish motivation, then and now I involve myself in what is to come. I insert my name in the scripture and imagine myself sitting among the crowd gathered to listen. Surely, my ache is similar to theirs. The people of God were overwrought with affliction and I could relate. They were oppressed and I understood. They were afraid and I felt similar trepidation about my future. Eons of time has passed between the persecution of  God’s people and my personal time of distress. No

netheless, our emotions are strikingly similar.

“Do not fear, for I have redeemed you; I have summoned you by name; you are mine.”

As I weaved myself into the words, I first heard a commandment that erased fear as an option. Then a play on personal pronouns granted full authority to the author and placed me under arrest.

I felt myself being calmed, individually called and intimately claimed by Jesus Christ.

Jesus Christ was calming me, individually calling me and intimately claiming  me. – Tweet This!

I was certain, He was calling the shots. I had very little to say and saw no wiggle room to run away.

Instead, I stayed still, in awe of His possessiveness and allowed this spiritual branding to sear on my heart. It was then, I realized this had nothing to do with something I did. Instead, as I mingled with God’s message I accepted this was an act from On High.

God had tagged me for His team. All I needed to do was accept the bid. And then came the promise of God’s presence during times of trial.

Oh, it is in this ending of the scripture that I found and find strength.

Yes, raging waters have threatened to erode anything good left in my life. Yes, swift rising rivers have rushed through, wrecking havoc in their wake. I have felt the searing flames of a bundle of torches burning at my feet. On occasion, I begged to leave this world, when grief and trauma were most intense. Yes, I thought death would have been a relief. That is the severity of suffering that some of us are called to experience.

But, thankfully, no I mean really, I am grateful for the promise of help during our hurt that is found in 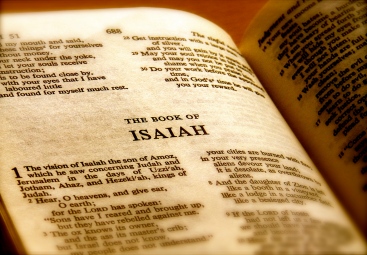 But now, this is what the Lord says—
he who created you, Jacob,
he who formed you, Israel:

“Do not fear, for I have redeemed you; I have summoned you by name; you are mine.

Because, through it I learned:

Panic and doubt don’t happen during a time of crisis if we place our trust in the right place.

Regardless of what grief and trauma “feel” like, God is not gone. He is actually the One keeping me from going under.

That the only way I can withstand the epic adversity of life is to accept the truth of scripture. By doing this, I believed Samantha’s death would not also be the death of me. That somehow, I would come out on the other side of pain and be a better person. That was a tall  order on some days, but because I hung onto every word written in  Isaiah 43:1-2, I was able to see it through.

But, most importantly, I learned as I figure out life with a gaping hole in my family I can always rely on the scriptures to sustain me, to tell me what I need to hear to be whole, to reveal to me what I need to know when I can’t find my way and to always comfort me when I want to cry.

Have you ever panicked during a time of distress? If so, what words did you rely on to help bring about calmness during the crisis?

Have you ever felt like God wasn’t around while you suffered? If so, after the storm passed, when did you realize He was the One carrying you through?

Have you ever felt the security that comes from knowing the scriptures during a time of struggle? If so, when was this and what scriptures served to sustain you?

Subscribe here so this special series will be delivered directly to your inbox!

2 thoughts on “Paying Attention Pays Off” 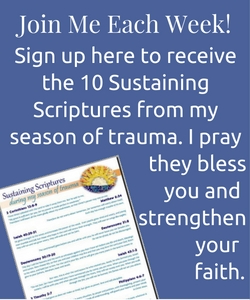